This piece was inspired by my studies and practice of West-African drumming and song. The title Sankofa refers to the adinkra symbol that represents a remembrance of the past, as one looks to the future. This work integrates ancient ideas into modern music.

African hand drums have three basic sounds (low, medium, and high); these sounds are embodied by the wind ensemble in the first movement. The sparse texture in the first half is gradually filled in piece by piece, until a whole idea is formed from a patchwork of components from the individual instrumental sections, much in the way a West-African drum pattern is made of the polyphony from several individual parts. At the moment of cohesion, the music abruptly switches to new material, still embodying drumming patterns, reflected in the drums themselves.

The second movement was inspired by the idea of Pygmy singing in Central Africa. These polyphonic Pygmy songs are comprised of many simultaneous vocal lines, seemingly unrelated by time, producing a blend of pitches and pulse. The music of the second movement explores this timeless effect by metrically modulating from section to section.

The third movement features the idea of drums and pulse that I fell in love with when I first learned of West-African drumming. Here the two forces of a drum ensemble and a wind ensemble at first oppose each other, but gradually each finds a way to live within the other force, leading to an overlap of the two forces at the end.

Commissioned by: Thomas G. Leslie and the UNLV Wind Orchestra

More like this: Aerial Navigation for Solo Trumpet and Symphonic Winds, Atlantic for Wind Ensemble

Sadly this piece’s premiere was cancelled do to the Coronavirus. We’re currently trying to find a way to get it back on the books, so please check back or sign up for my mailing list for more updates. 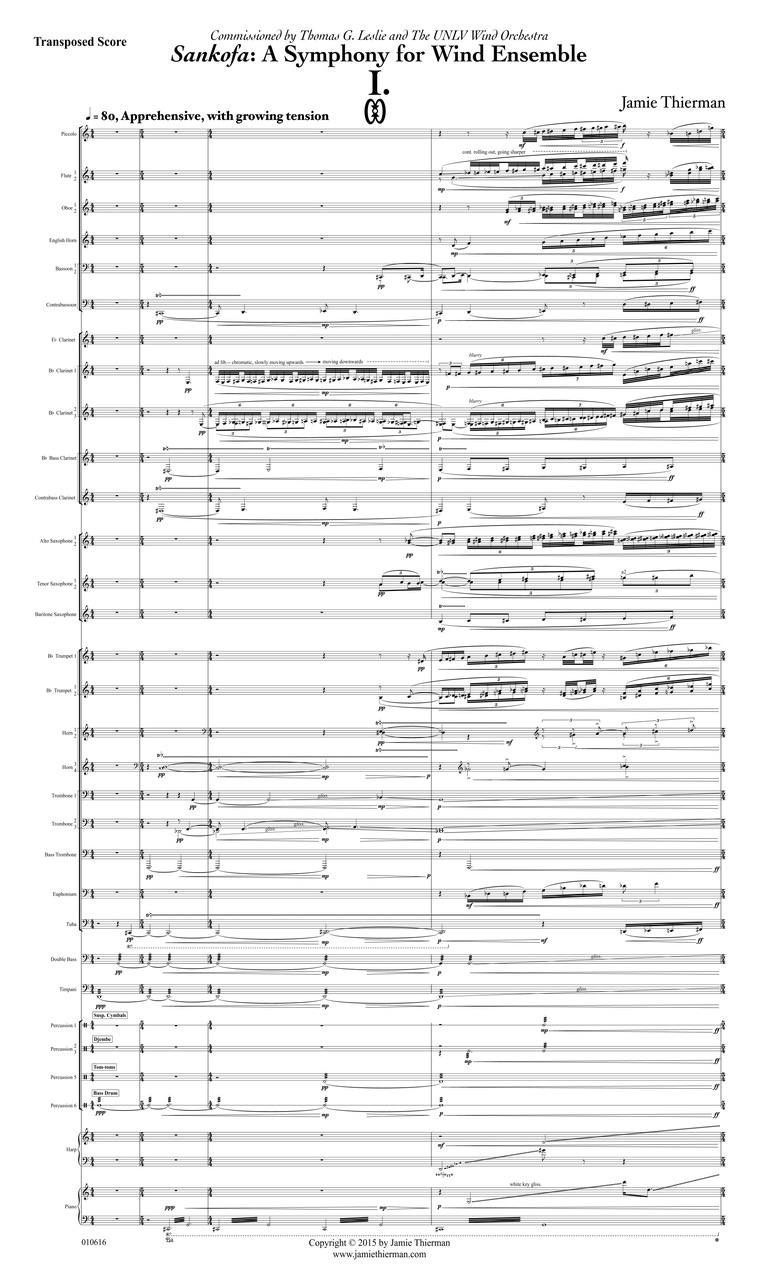 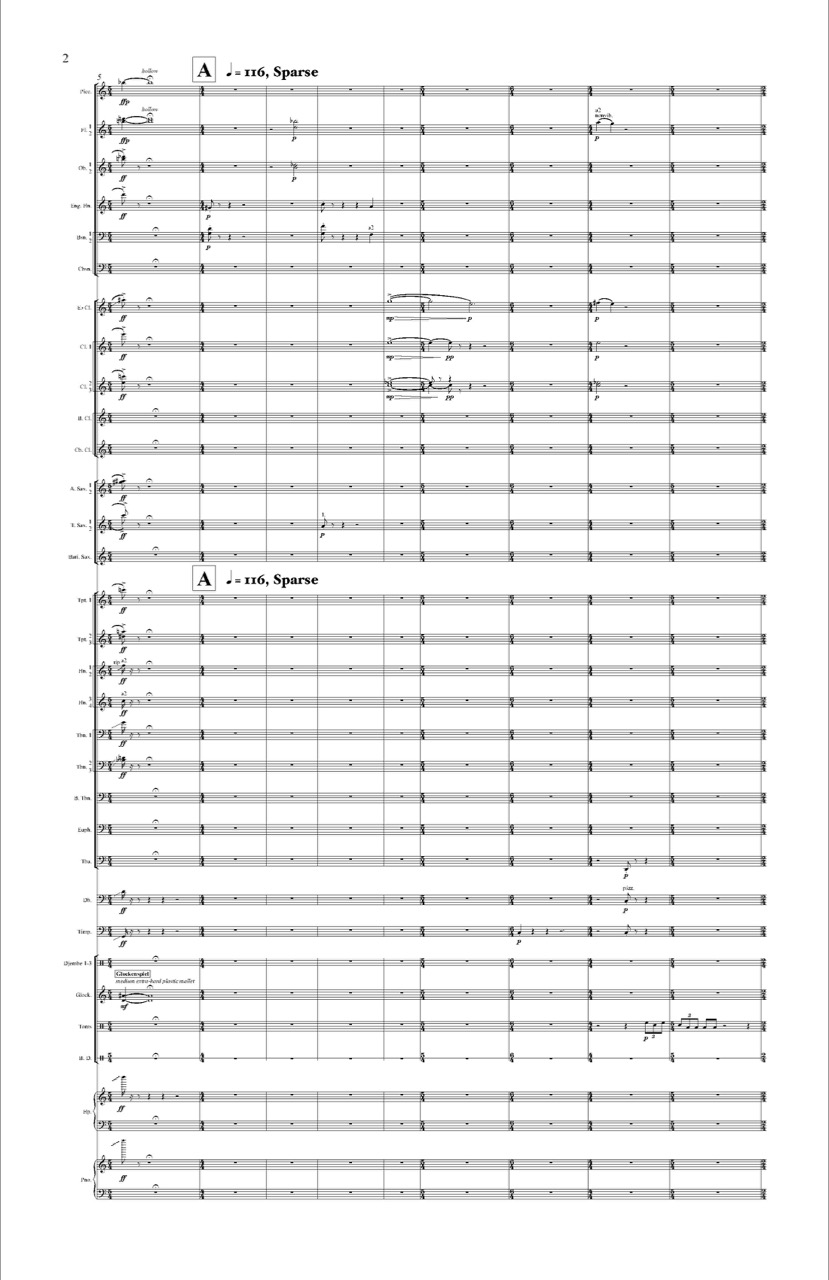 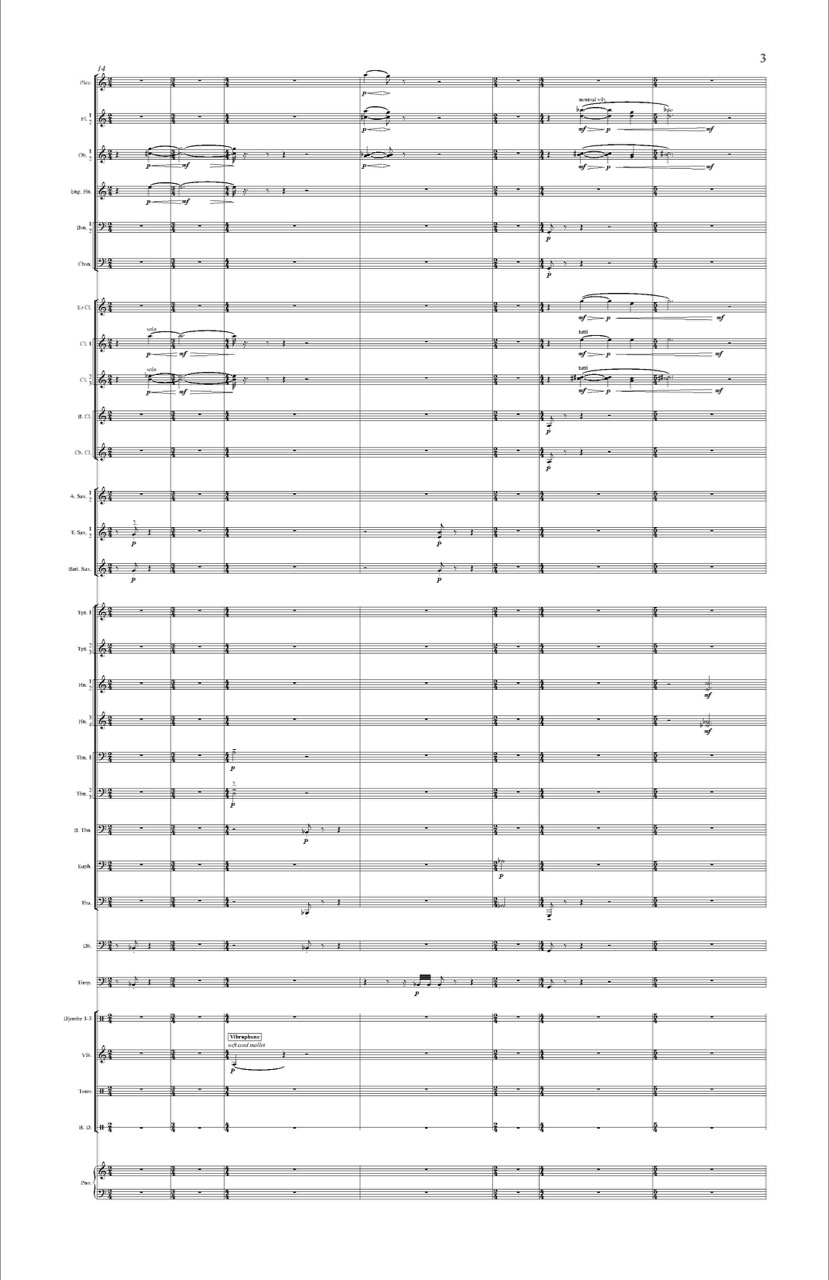 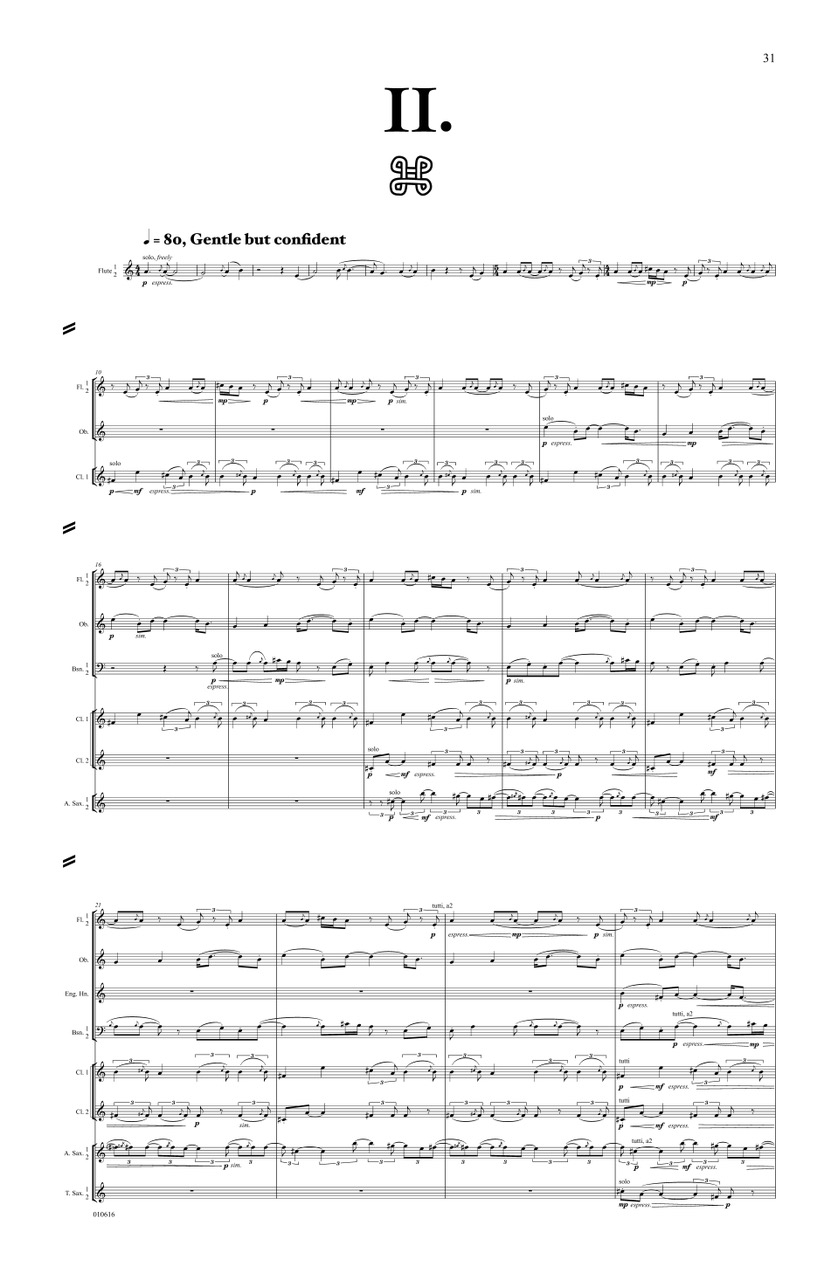 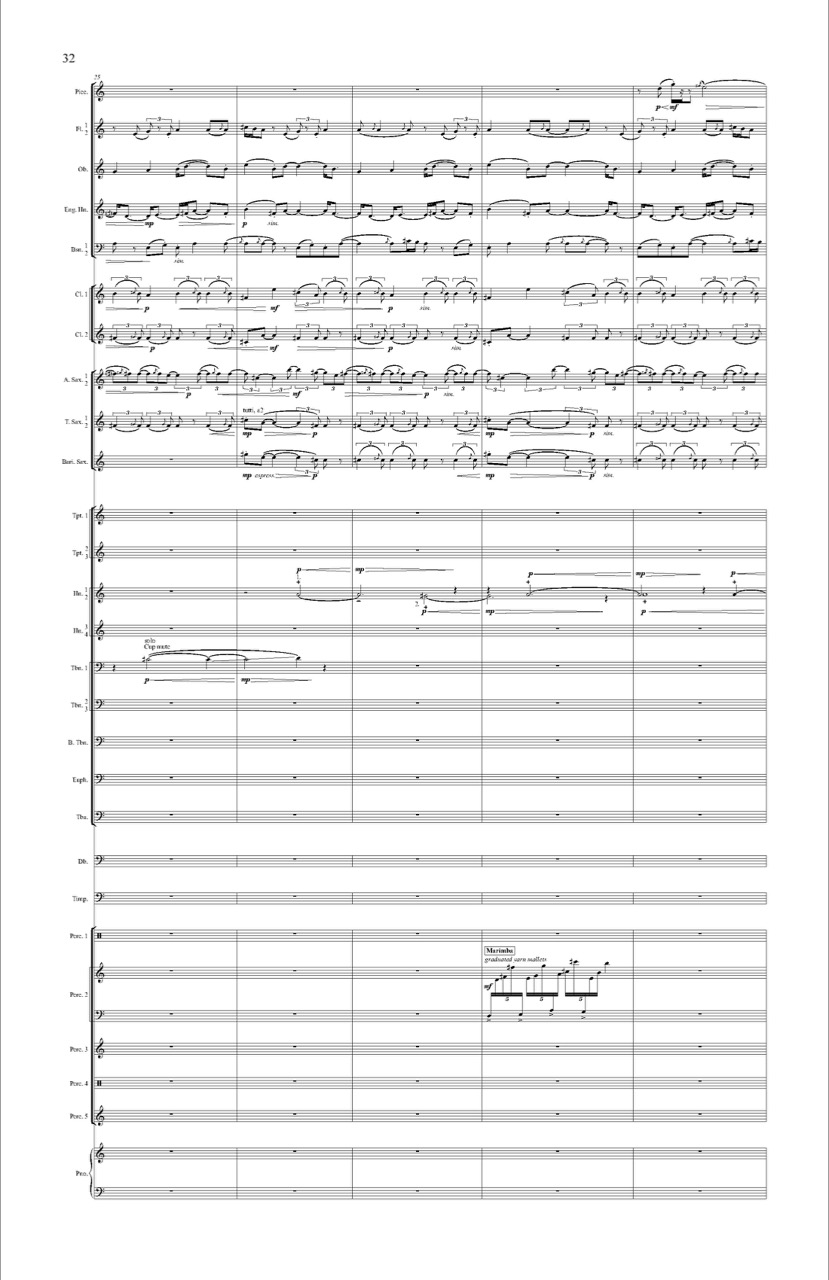 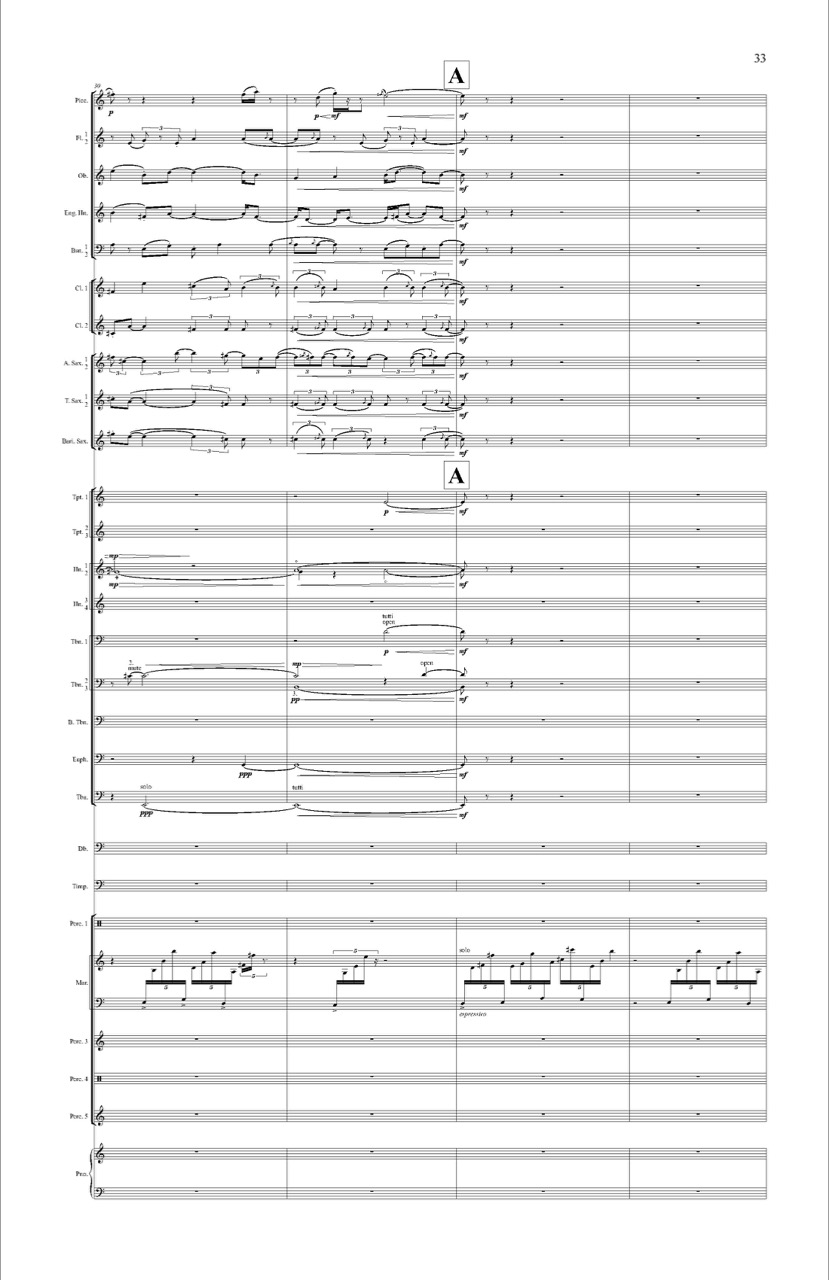 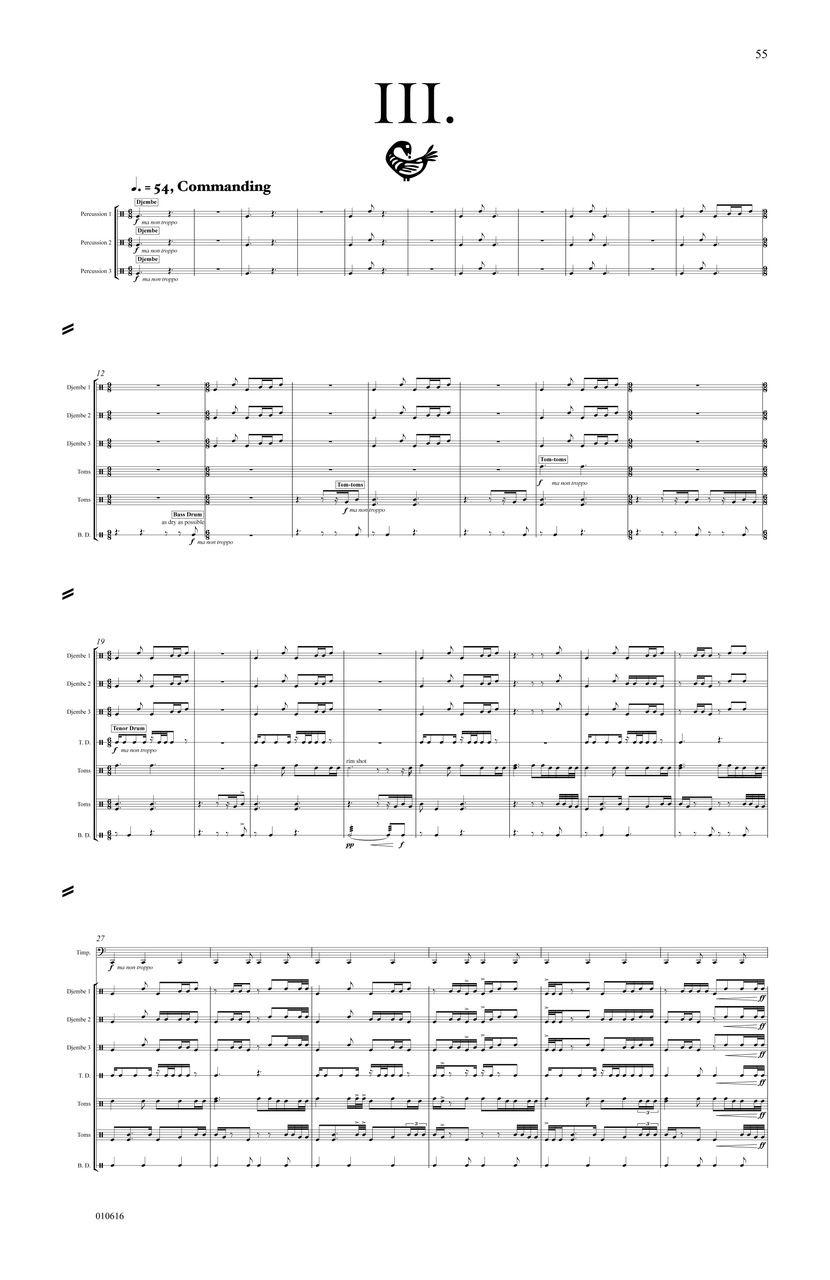 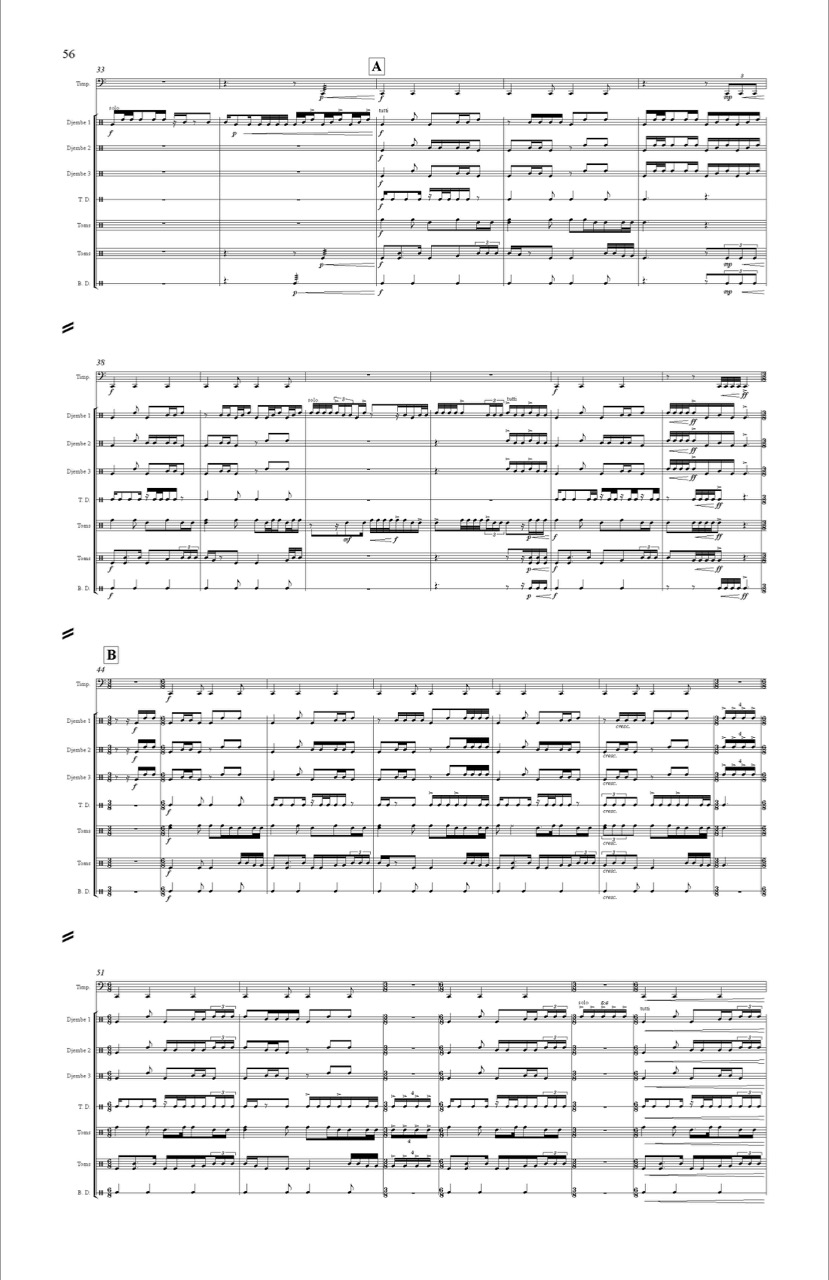 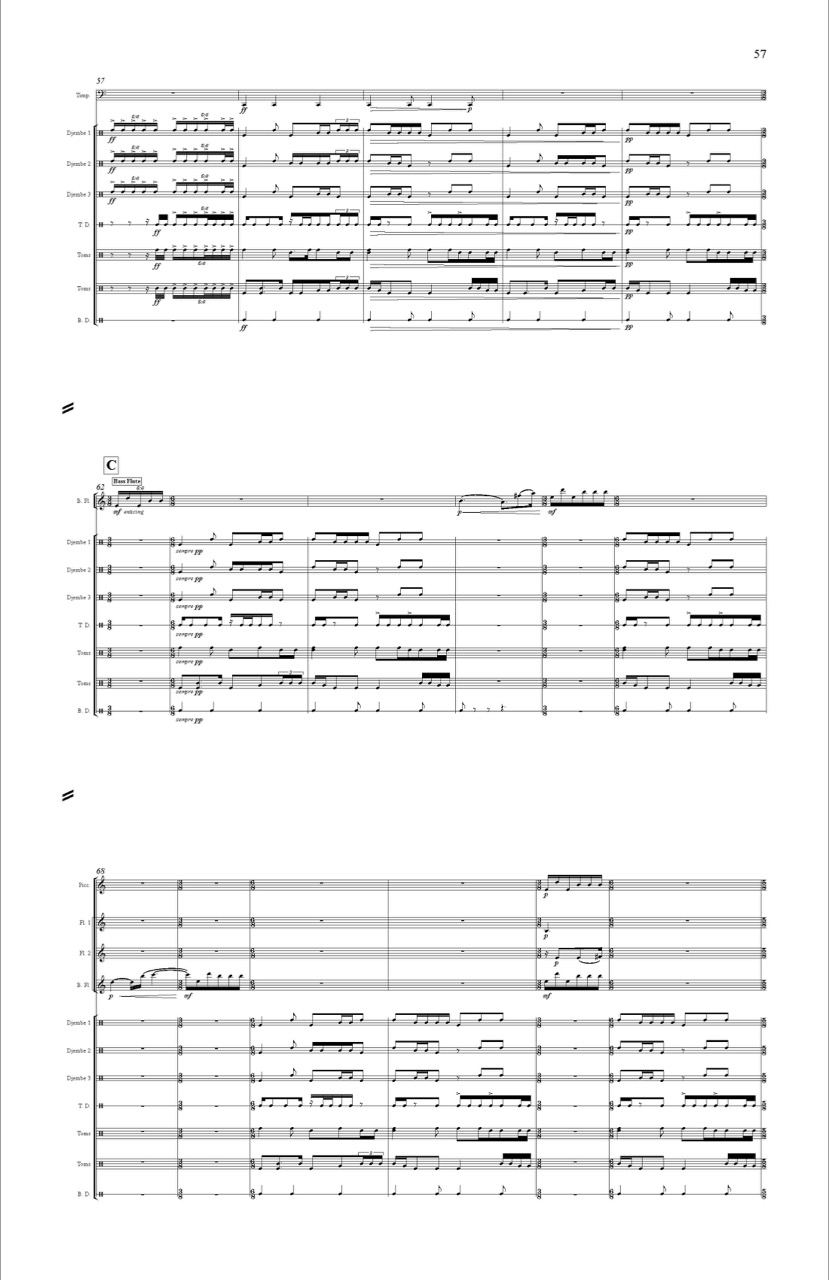